Studied at the Huddersfield School of Art, the Slade School of Fine Art, London, and the Birmingham College of Art Education.Juliet studied painting with Reginald Napier in Yorkshire in the 1950s, and at the Slade with, among others, Claude Rogers, who was her tutor.  It was also at the Slade that she first learned the process of etching with John Buckland-Wright, continuing later with Islwyn Watkins in Birmingham and Hugh Stoneman in Islington – finally starting an etching studio of her own in the Yorkshire Dales before moving to Cambridge in 1979.Much of her subject-matter is influenced by the steep, hilly woollen districts of the West Riding, with the dark stone mills, weaving cottages and characters which abound in this part of the country, where she spent much of her childhood.She exhibited widely and regularly both in this country and abroad, and her work is included in many private collections.  In 1979 she was awarded the “Lion d’Or” for etching and “scenes de genres” at the Triennale Mondiale d’Art Figurative in Lyons. 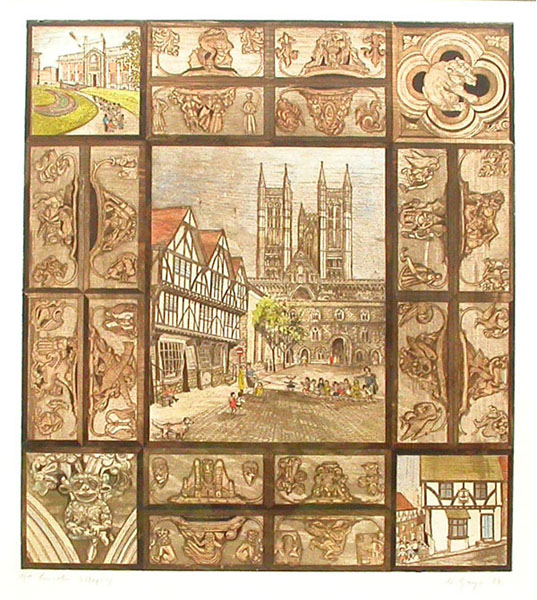 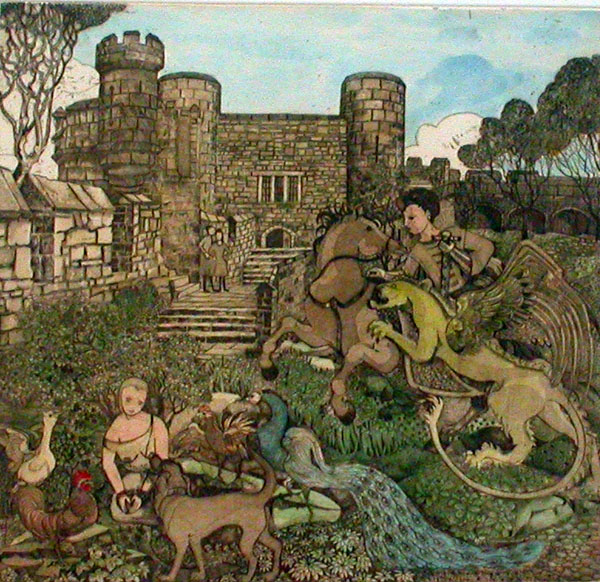 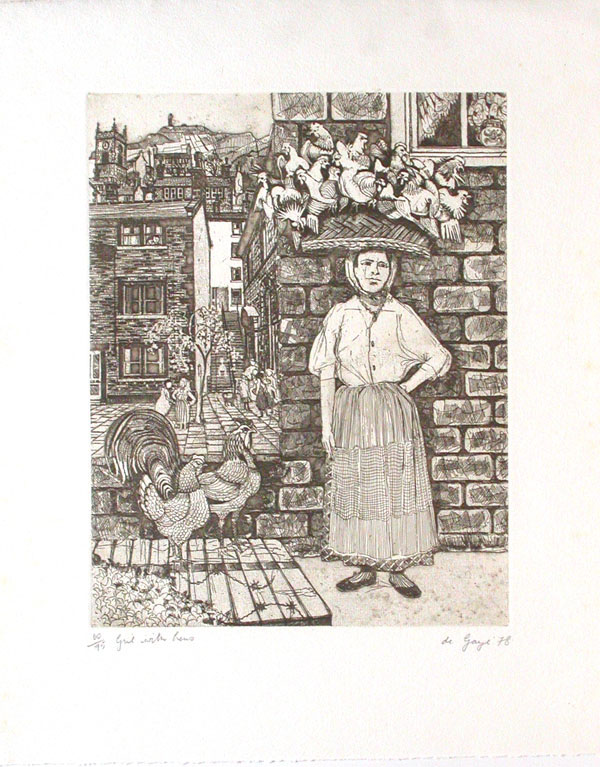 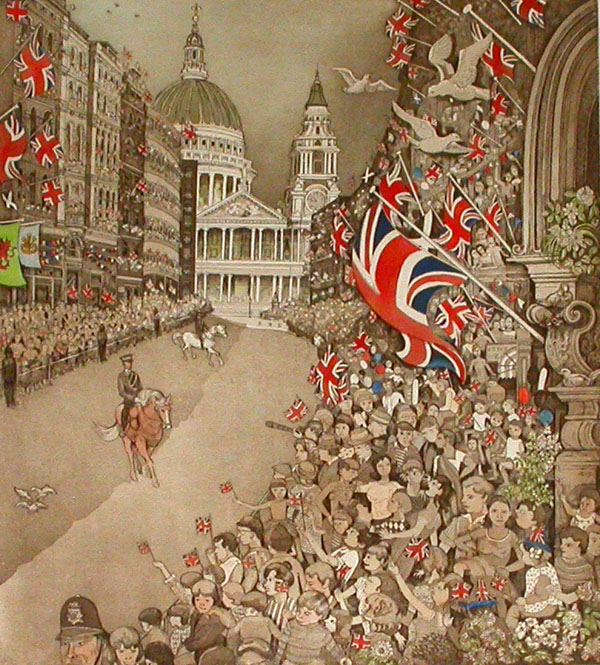 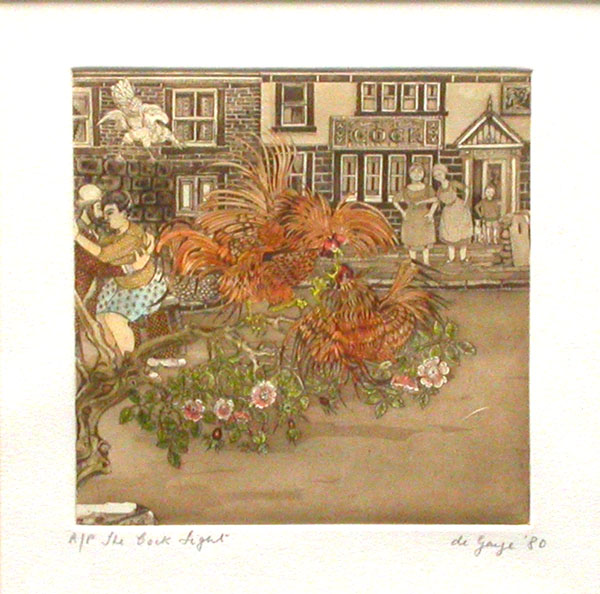 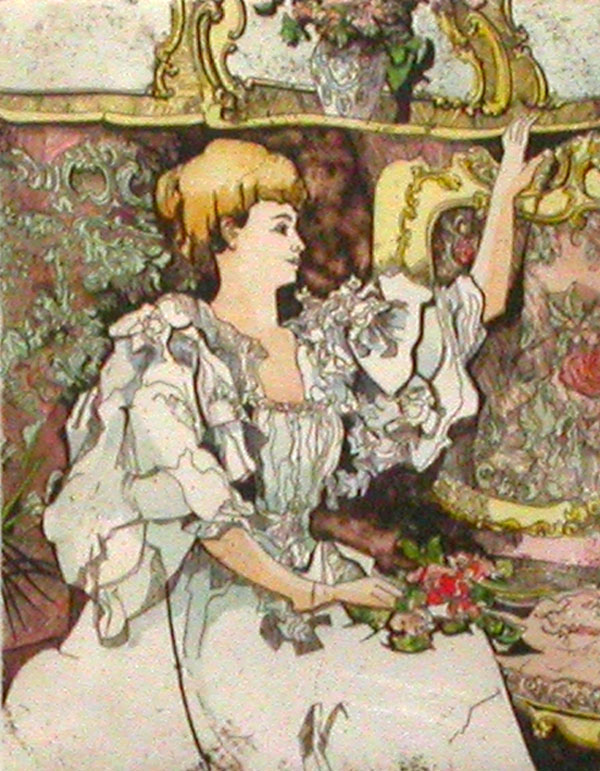 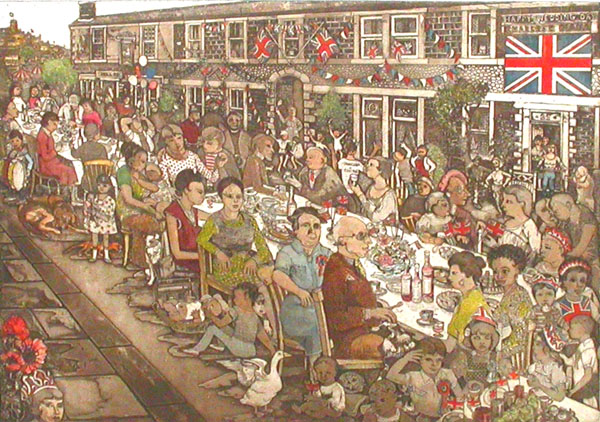 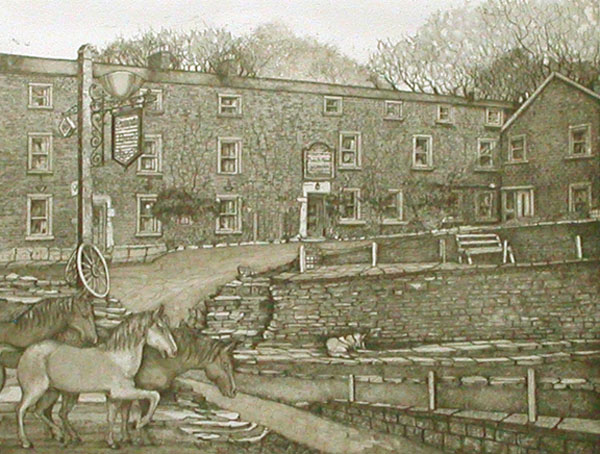 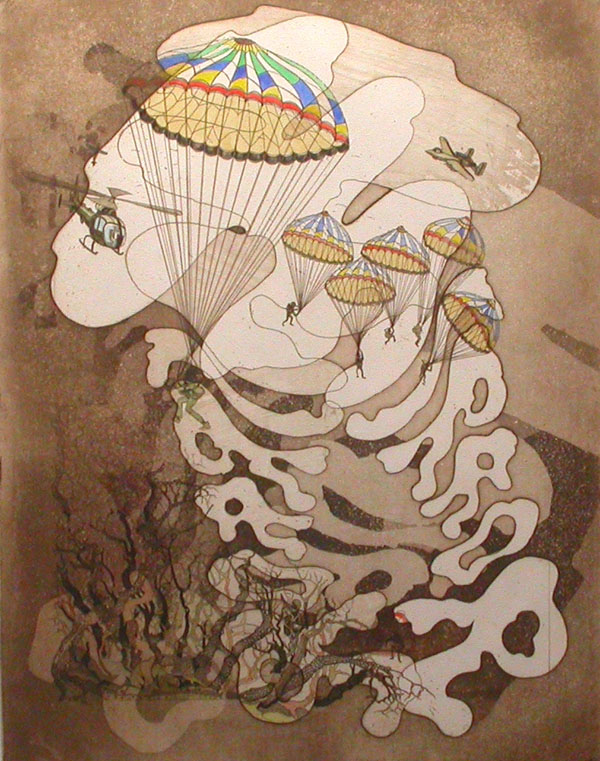 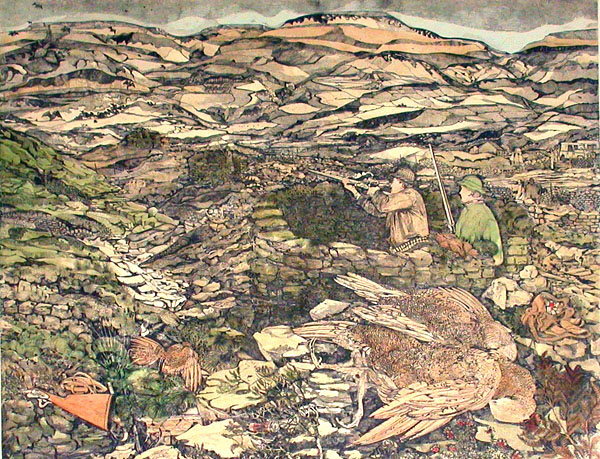 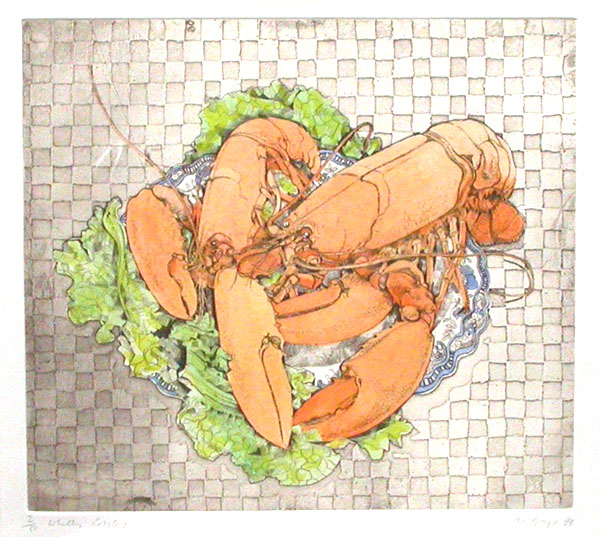 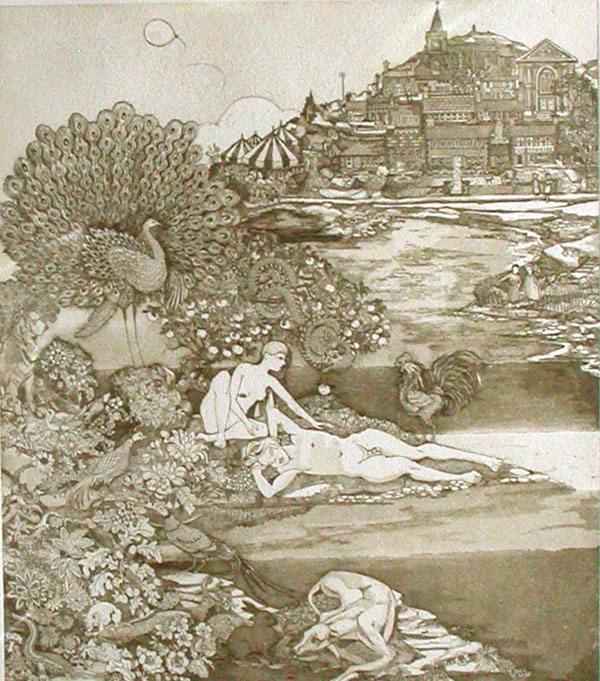 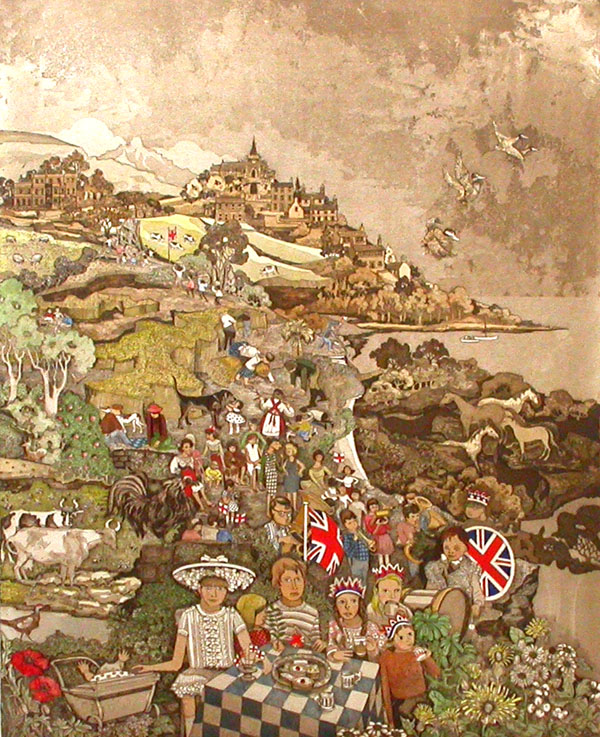 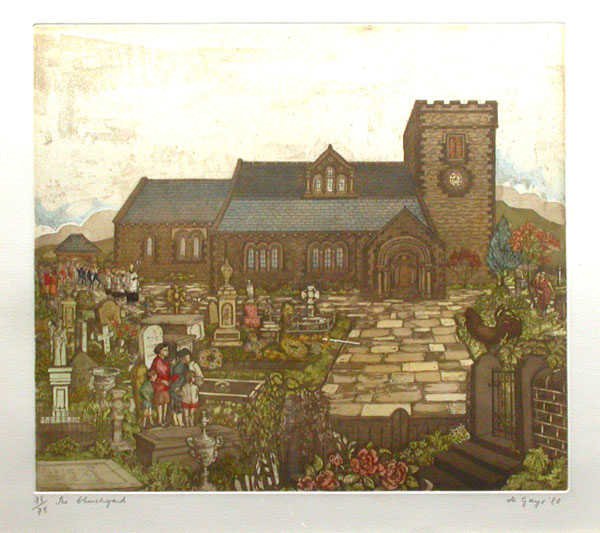 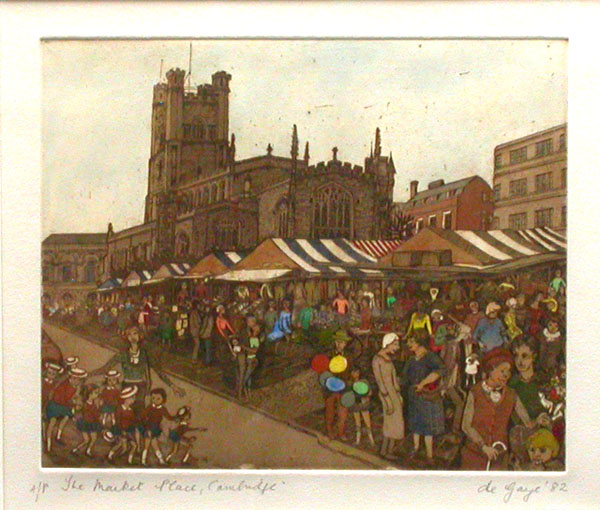 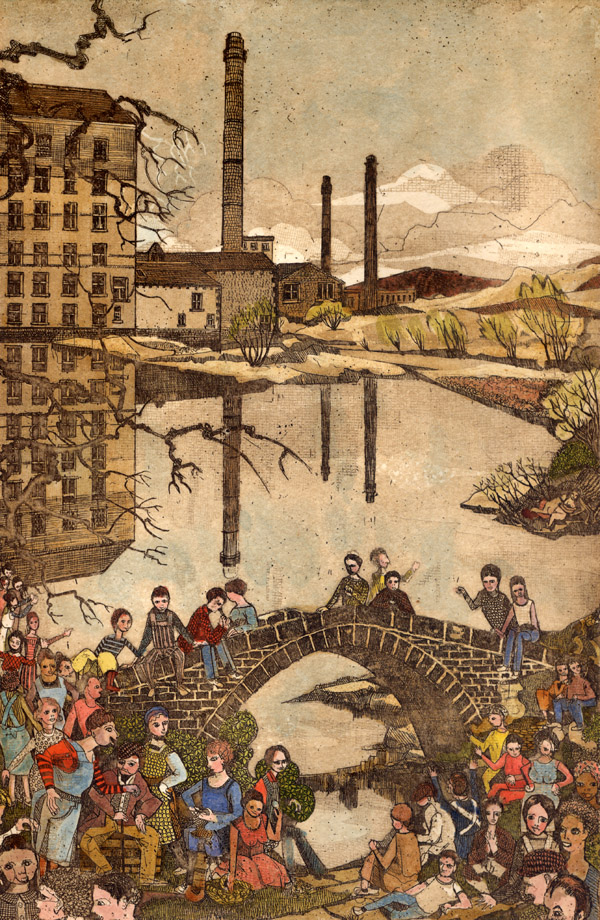