“Antos” (pronounced Antosch), as he was known to his family and friends, was the son of Polish emigre parents  Julia and Piotr Sulek, who, after extraordinary war-time vicissitudes, met at the resettlement camp at Hartford Bridge in 1949, married, and settled in Morpeth . Piotr’s war service with the Polish Division of the Eighth Army and the saga of Julia’s eight-year journey as a refugee from Poland to England via Siberia, Kazakhstan, Iran and Africa are dramatic stories in their own right – but what is truly astonishing is how their second child, in whose recent heredity there was little to predispose to such creativity and who received little formal training, developed into an accomplished artist whose work shows remarkable colour-sense and compositional skill and, in both drawing and painting, the deftest line.”Antos” painted as one possessed – almost as if he knew he was not to have enough time to do what he wanted to do., for he died, tragically, at the age of thirty-seven in 1988.  His work received little public exposure in his lifetime, except at the Bondgate  Gallery in Alnwick, whose proprietor, George McLean, spotted his talent and did much to encourage and help the young artist. 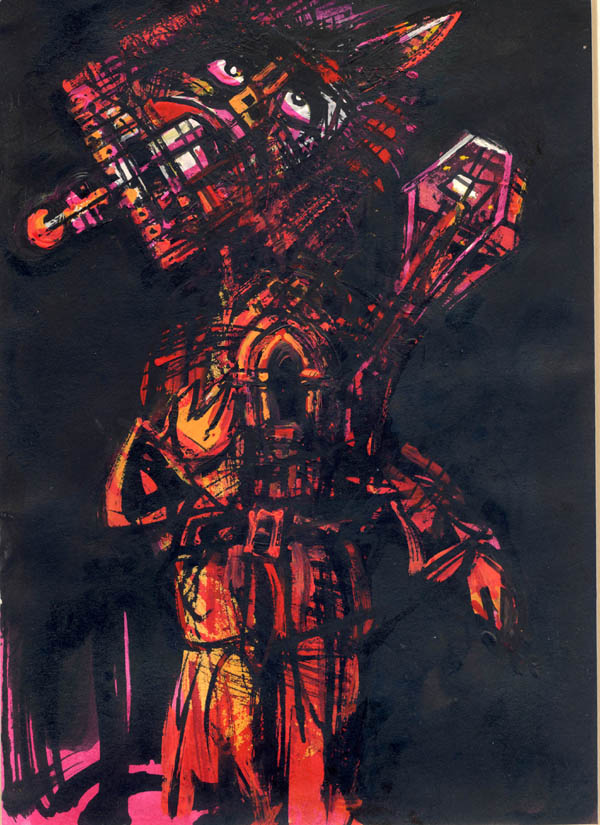 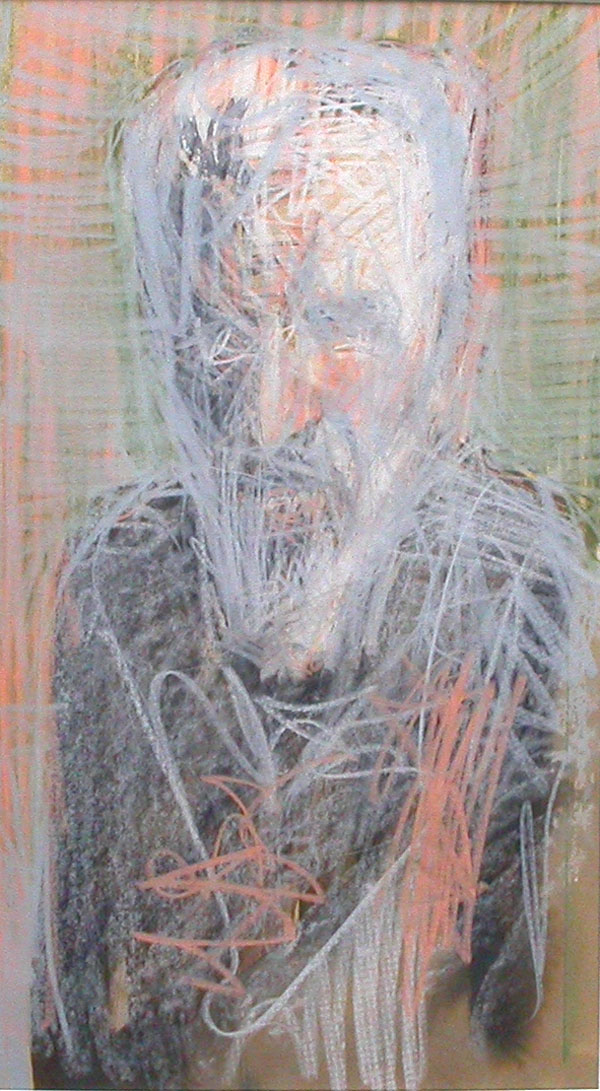 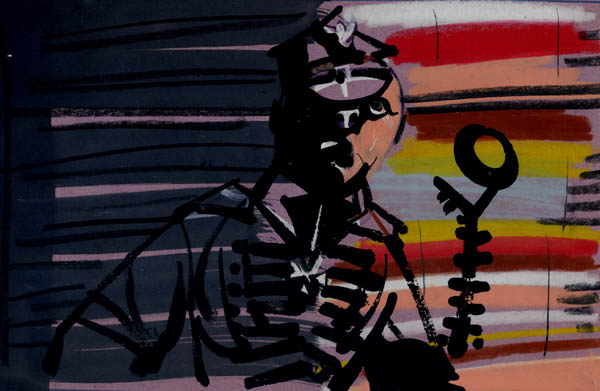 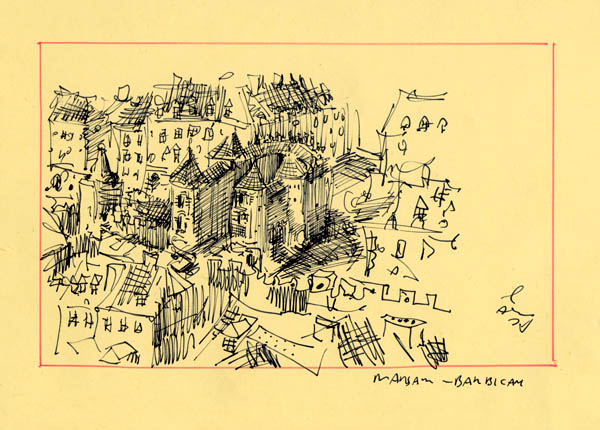 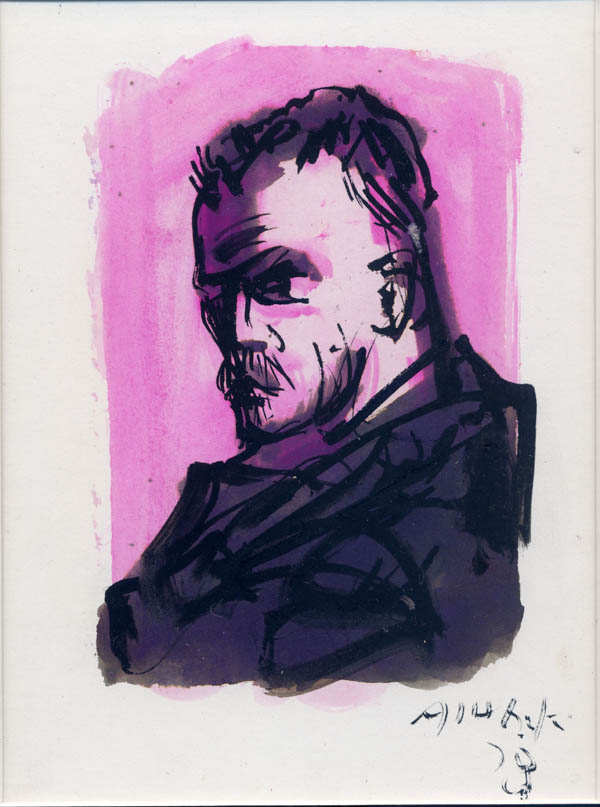 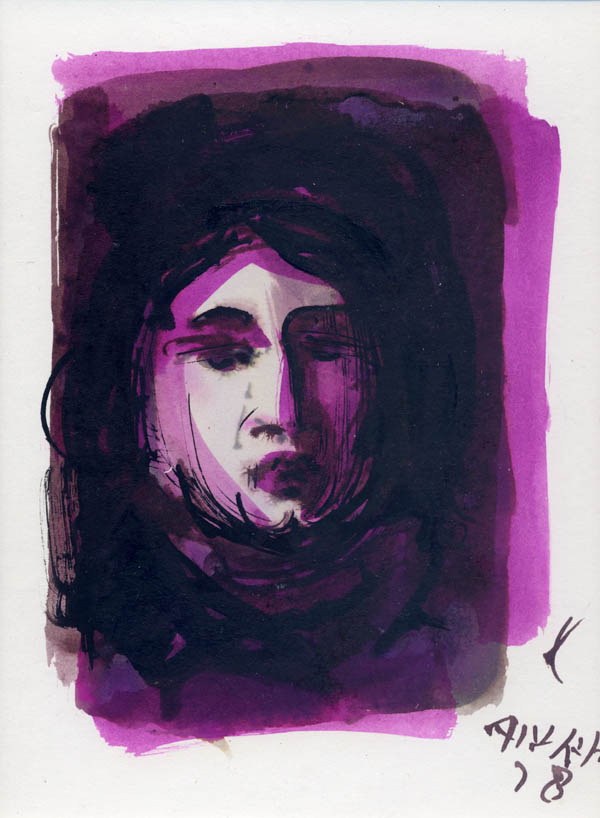 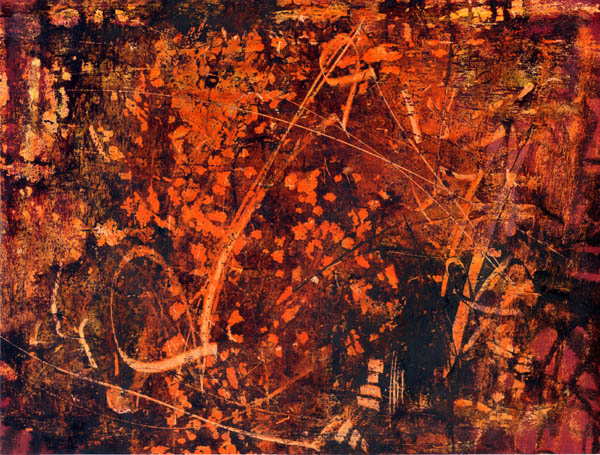 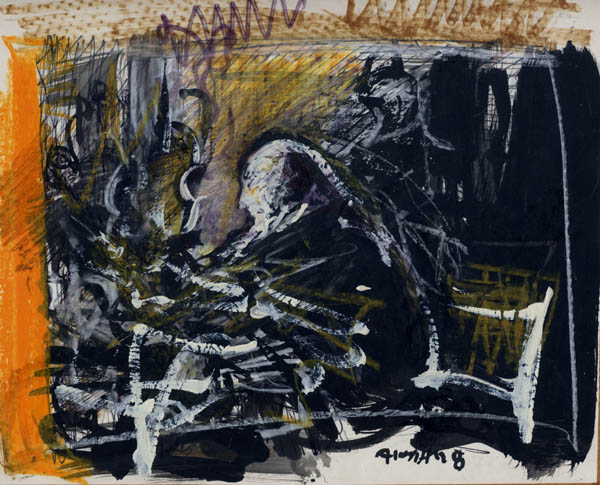 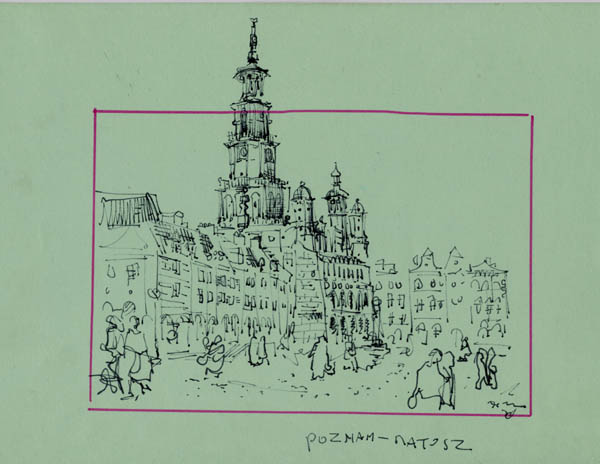 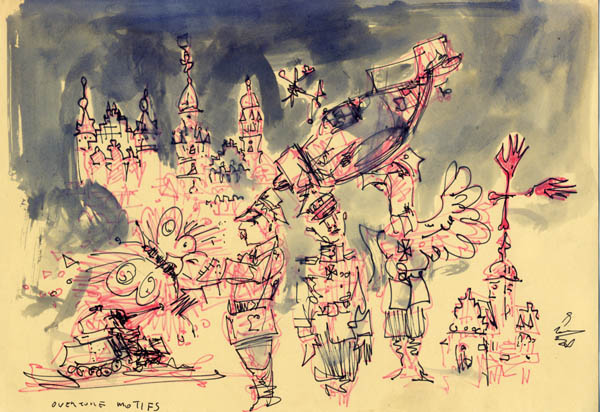 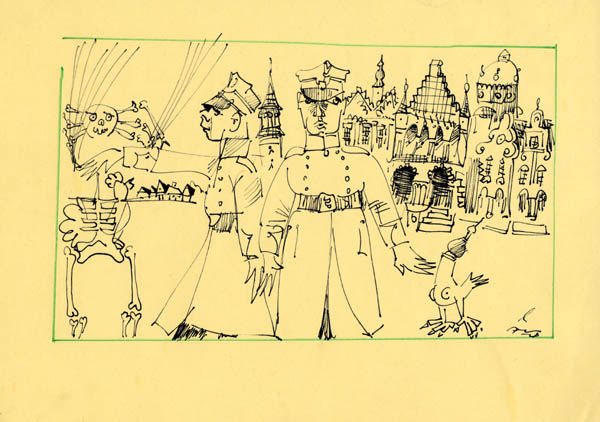 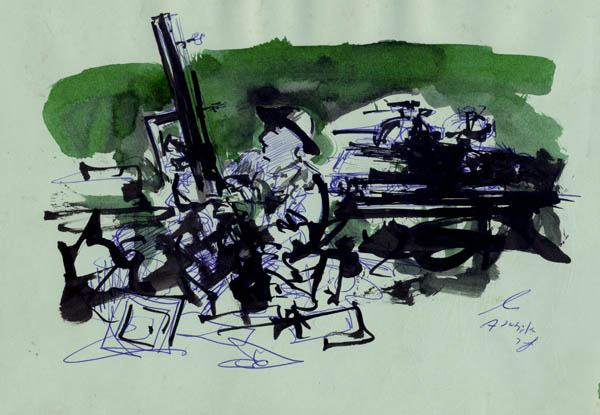 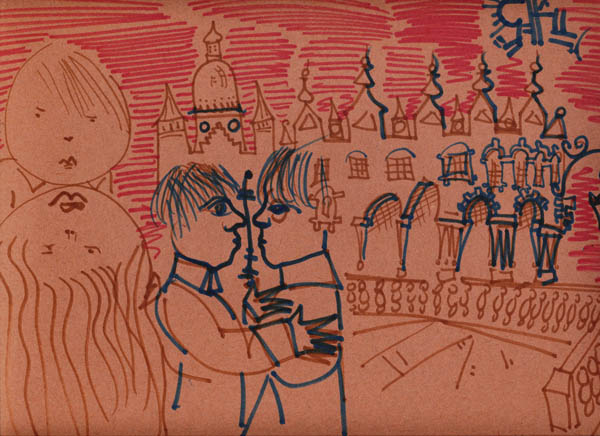 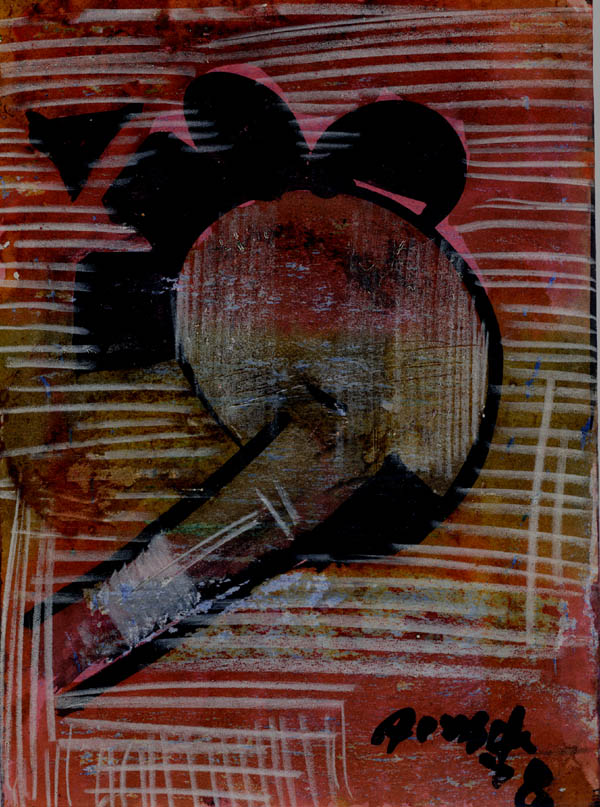 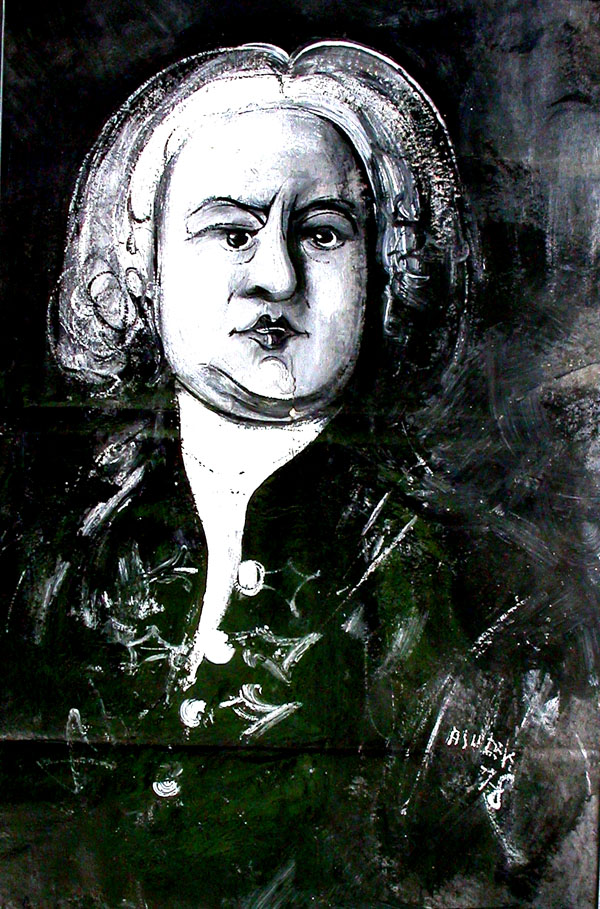 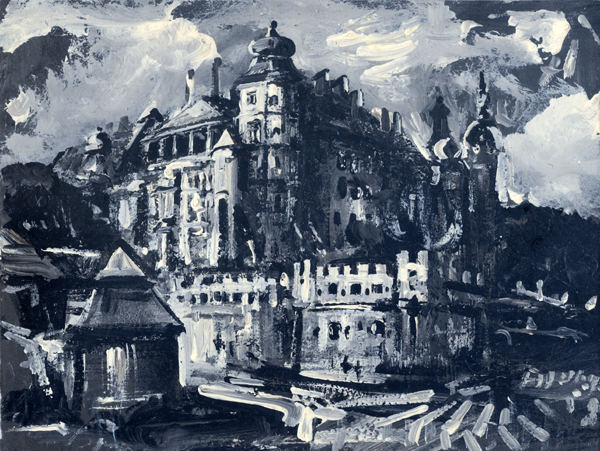 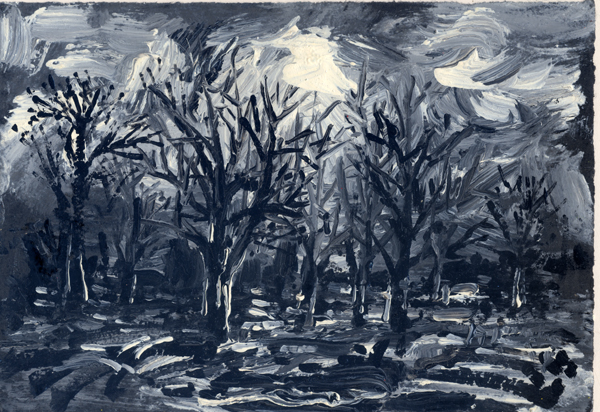 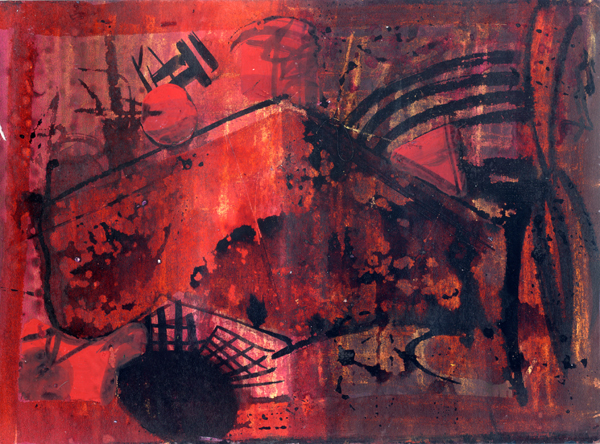 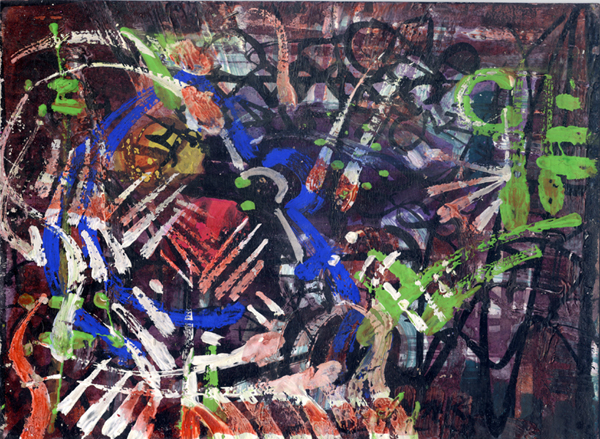 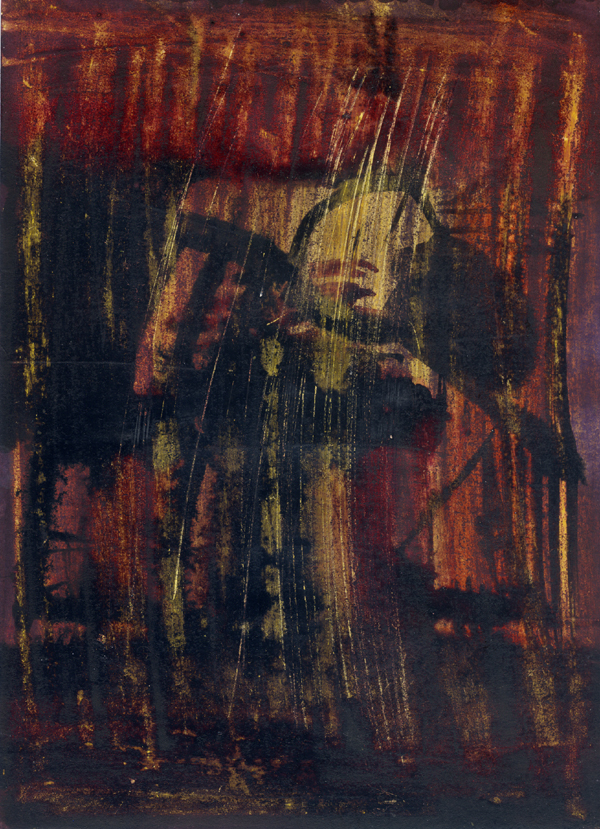 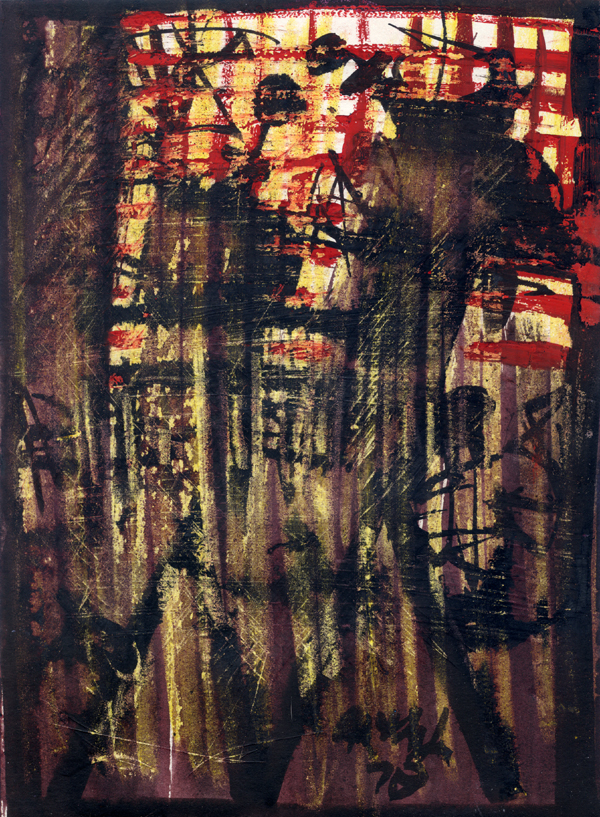 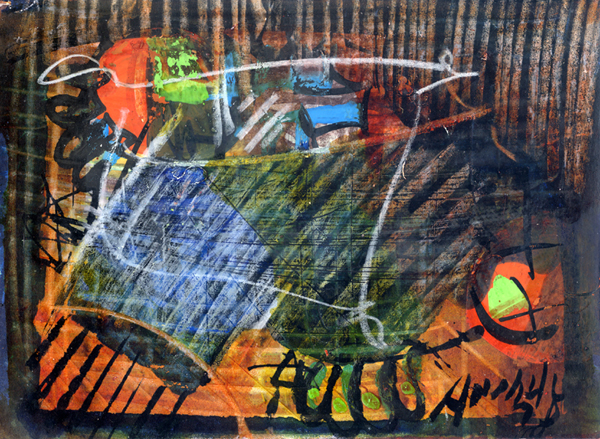 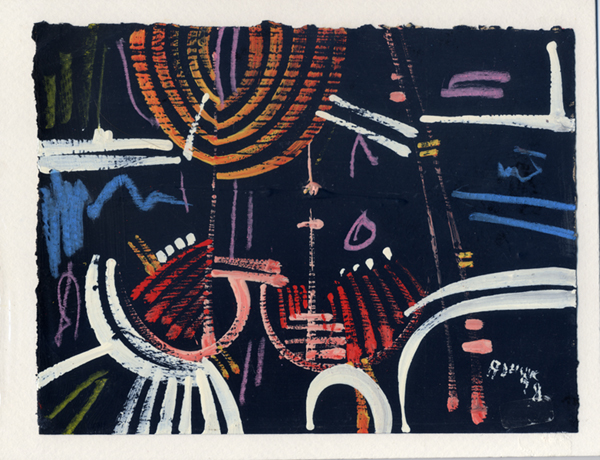 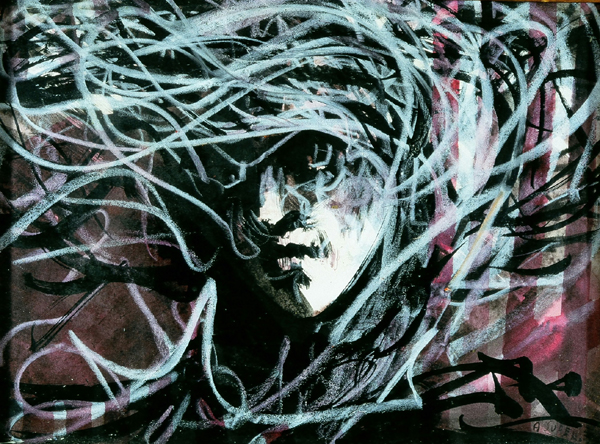 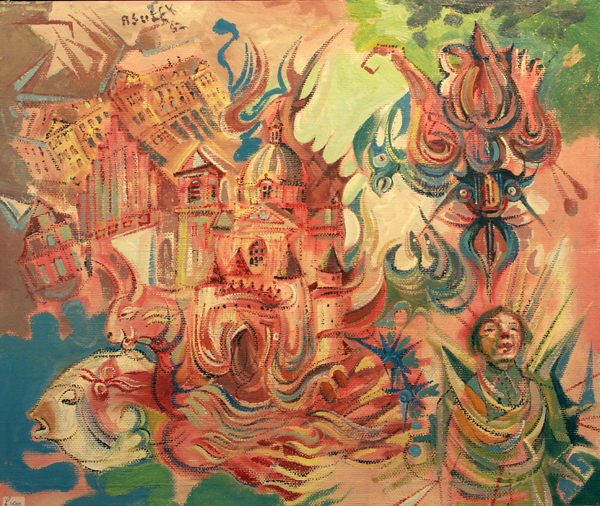 "Self portrait as hero:Original oil on board 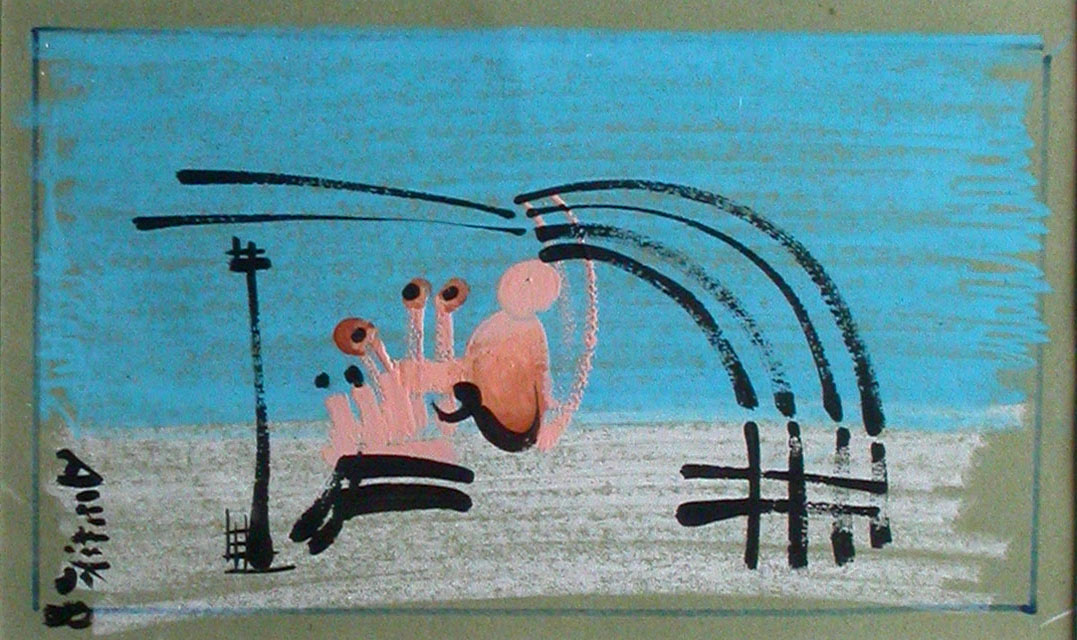 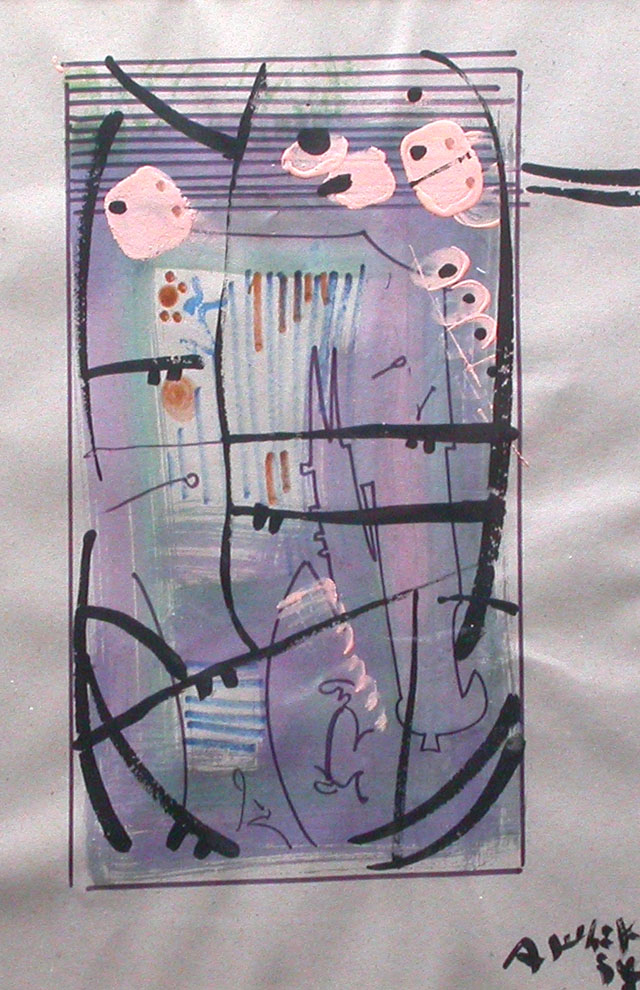 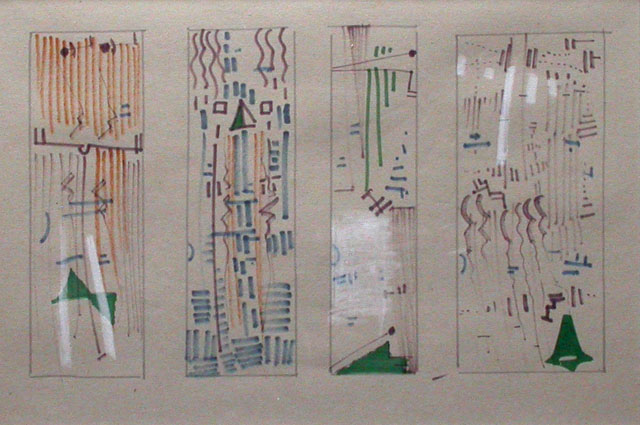 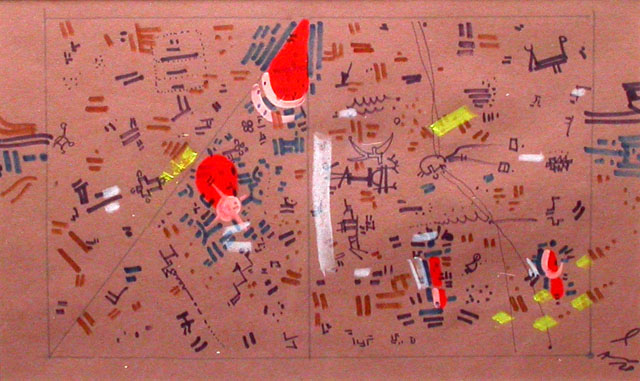 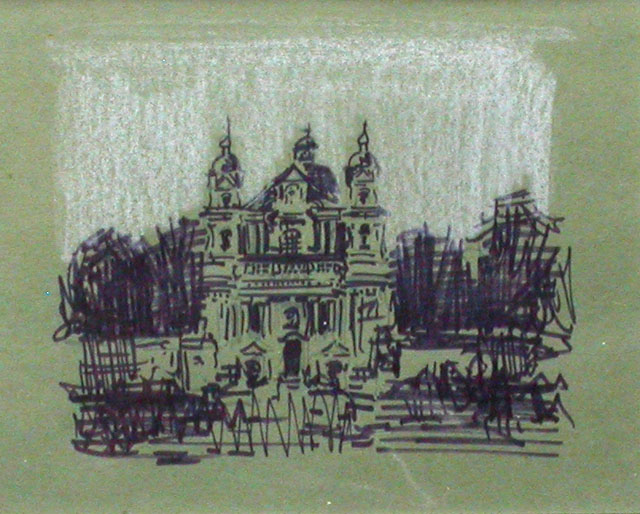