Born on Tyneside in 1947, John attended Newcastle schools,and has painted all his life. His first job was in Turner’s photography business, as a craftsman printer. On leaving Turner’s, he took a foundation course in graphic art at college, then worked for six months at the Hancock Museum, designing and illustrating displays. For ten years, John worked for the Newcastle Chronicle & Journal as a visualiser, doing illustrations and cartoons. He left there in 1986 to paint full – time.

Past exhibitions have had the River Tyne as their theme.   He has been commissioned to paint portraits, and paintings for the Tall Ships calendar published by the Evening Chronicle. John has also sold large works in oils to major North – East companies farther afield. He has illustrated publications for local authorities, and was commissioned to paint a selection for Tyne and Wear Development Corporation showing their riverside development. John was chosen by the B.B.C. to represent the North – East with one of his new – style paintings, and has featured in television trails on B.B.C.1 and B.B.C.2 to promote local radio stations.

His work  ranges from landscapes and cityscapes to portraits and caricatures; John can work in any medium, to any size on any subject – a truly versatile and competent artist, although his most popular work is in his “bendy” style. 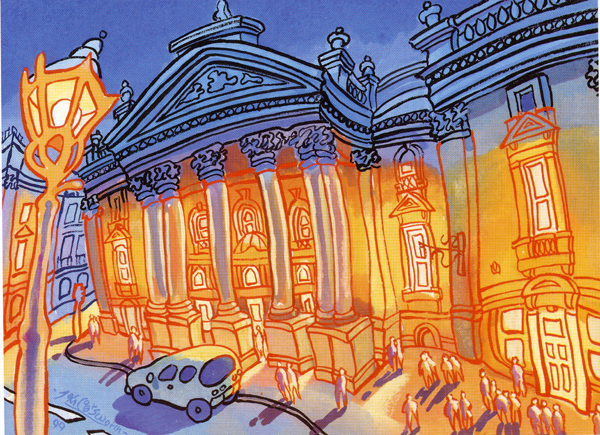 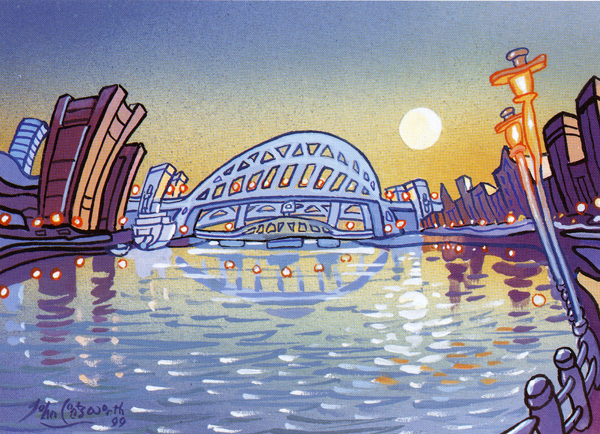 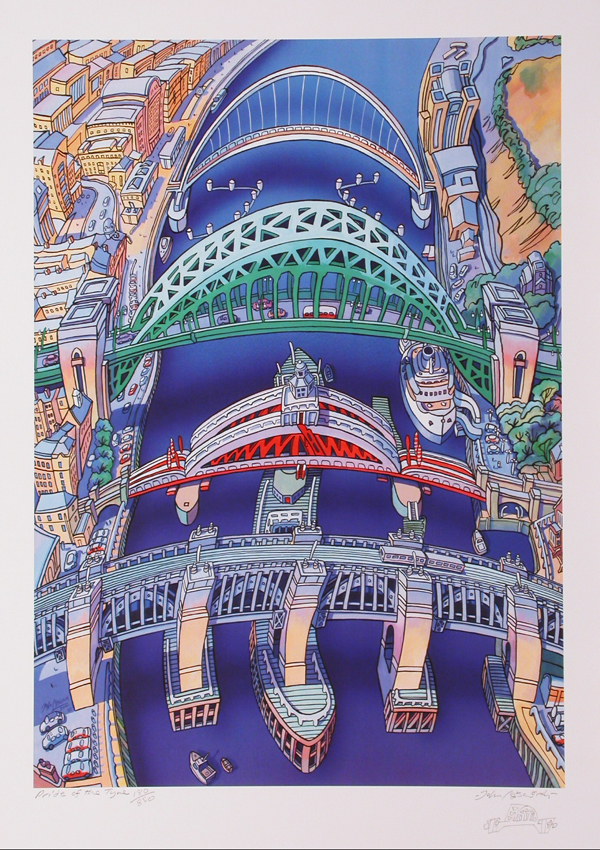 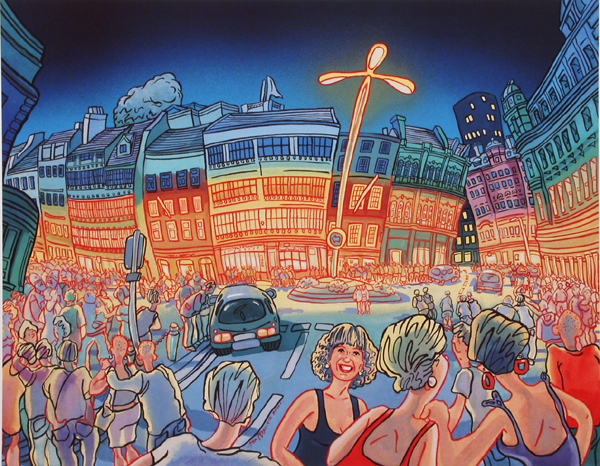 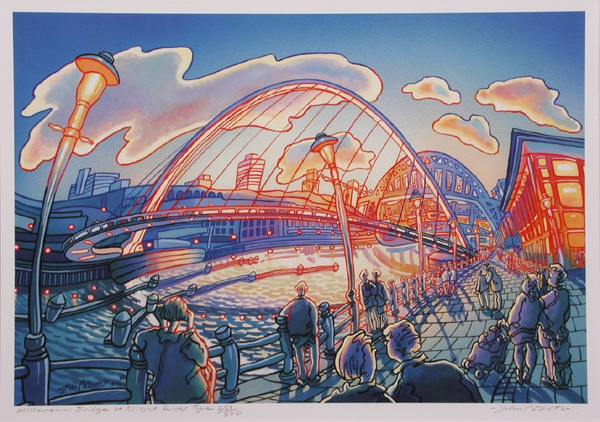 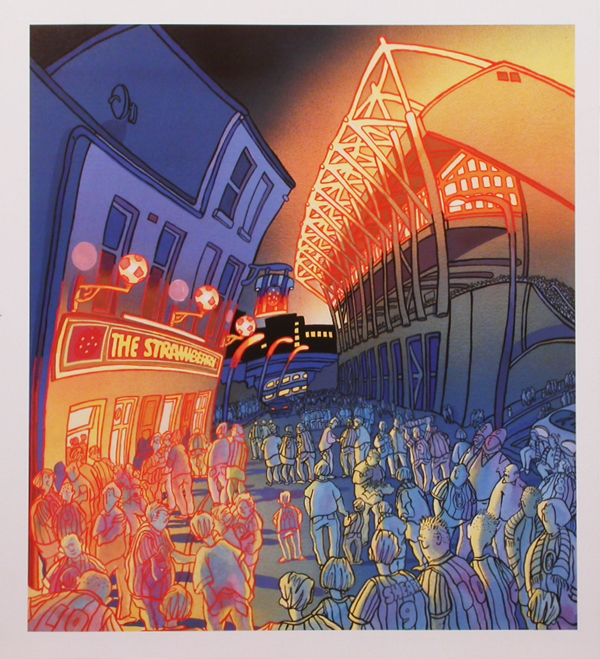 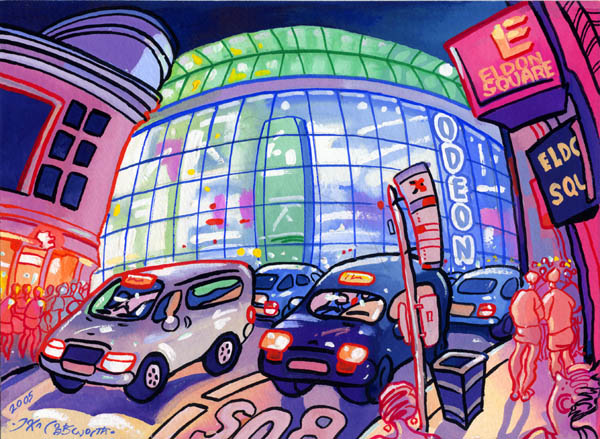 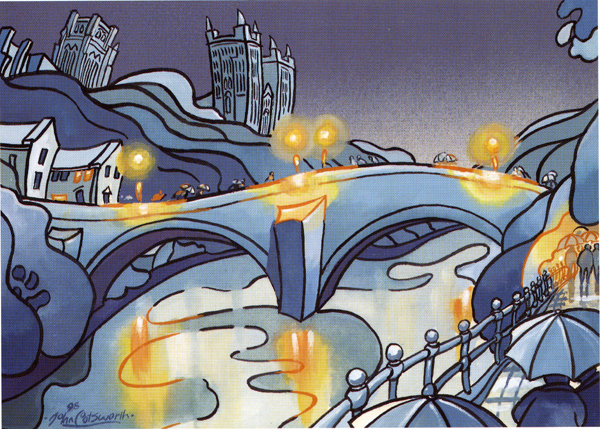 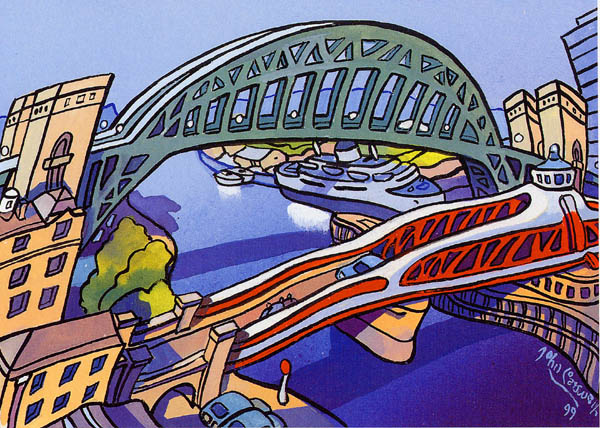 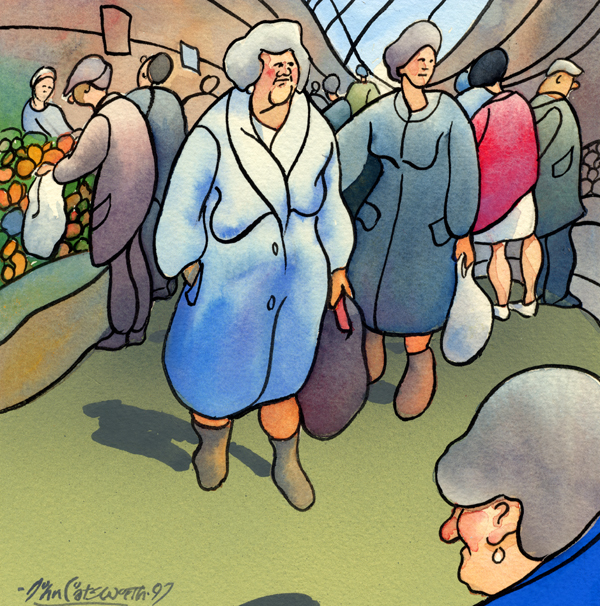 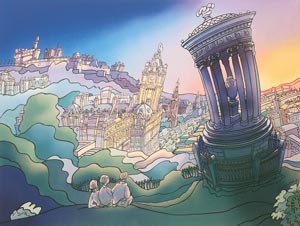 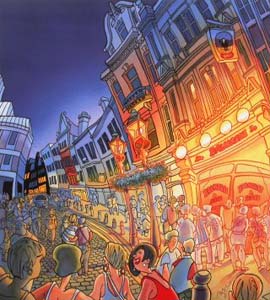