Born July 5th, 1920, he drew and studied wildlife, especially birds and flowers, since his earliest years.

He won an art scholarship at age 12-13andhad his first ‘one-man’ exhibition at school. His headmaster, with unprecedented vision, sent him out to draw every day, and gave him his own class to teach art, at age 13.

After service in the RAF, he wrote weekly illustrated articles for the press for twenty years. Well known T.V. personality for forty years (“Looks Natural”)

Popular lecturer on the Dipper (a bird of running streams), about which he was an
acknowledged world authority.

Became first publicity consultant for the R.S.P.B. and led U.S.A. birdwatchers on
marathon birding tours of Britain and Scandinavia.

Was senior consultant sculptor of birds and flowers for Royal Worcester Porcelain
Co., and did two tours of U.S.A for this company. Has produced sculptures in
bronze.
James was commissioned by Queen Elizabeth II to produce a book of the birds and flora surrounding Balmoral, in which he provided twenty-five paintings.  The Queen Mother was so impressed, she asked him to do the same for the castle of Mey, her Scottish retreat.  His warm personality and quirky sense of humour shine through in the accompanying text, alongside his encyclopaedic knowledge of the birds and their habitats.

The following images are all bookplates from “The Birds and Flowers of the Castle of May”,  all signed by the artist, and all accompanied by the text page that would have been bound in opposite.  The paper is a creamy white, and the mount aperture size is 33cm wide by 49cm high,(any apparent background colour difference is due to my editing of the photos) and each print is £100. 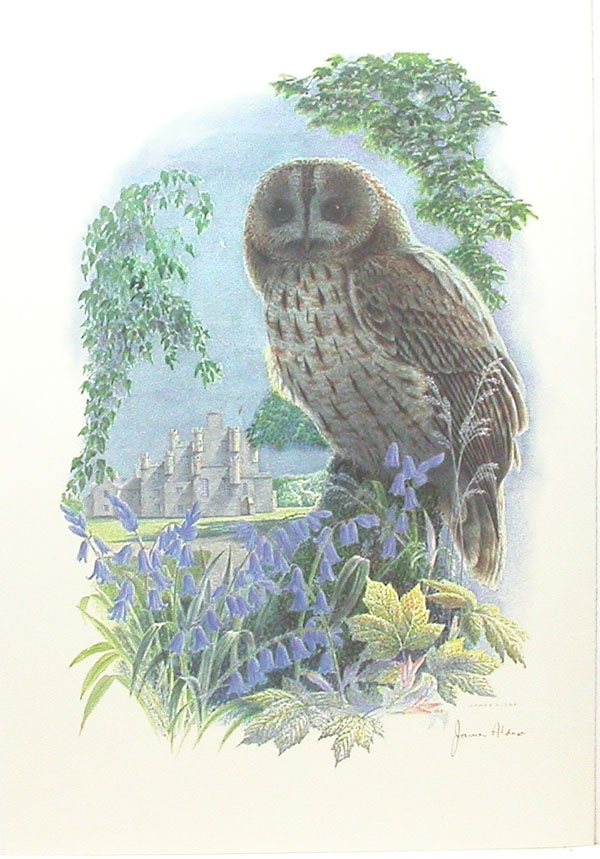 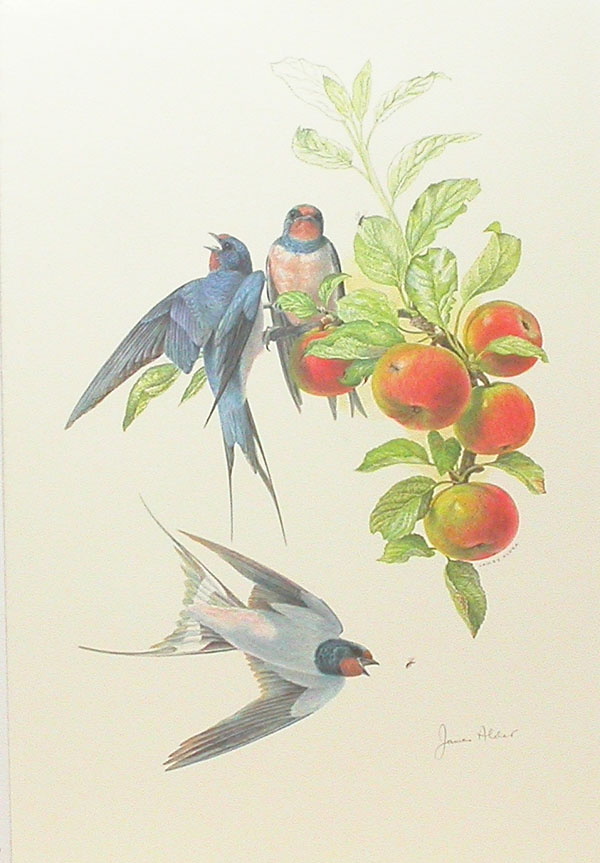 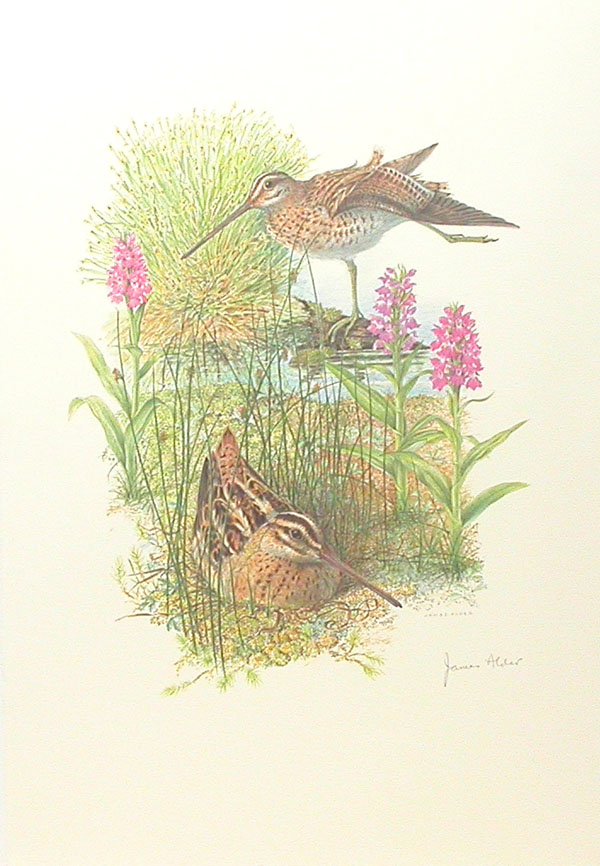 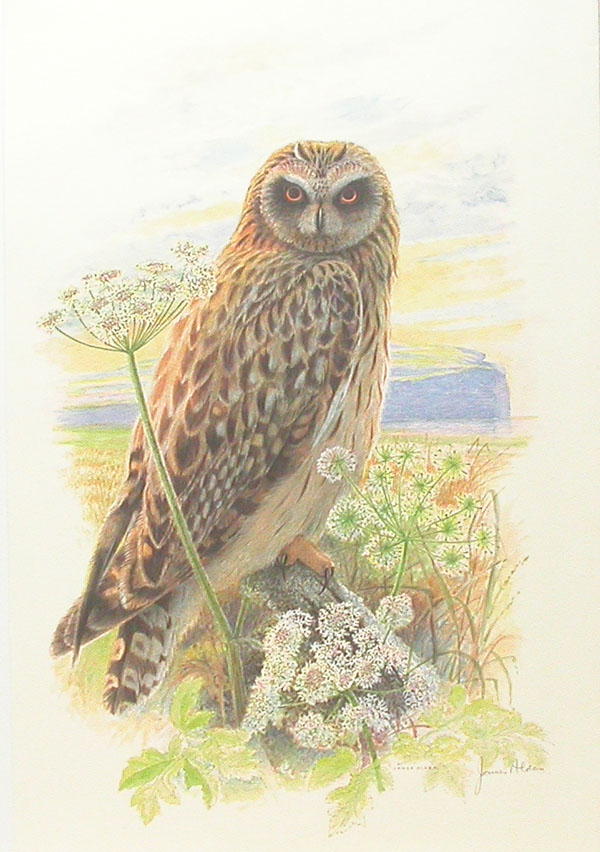 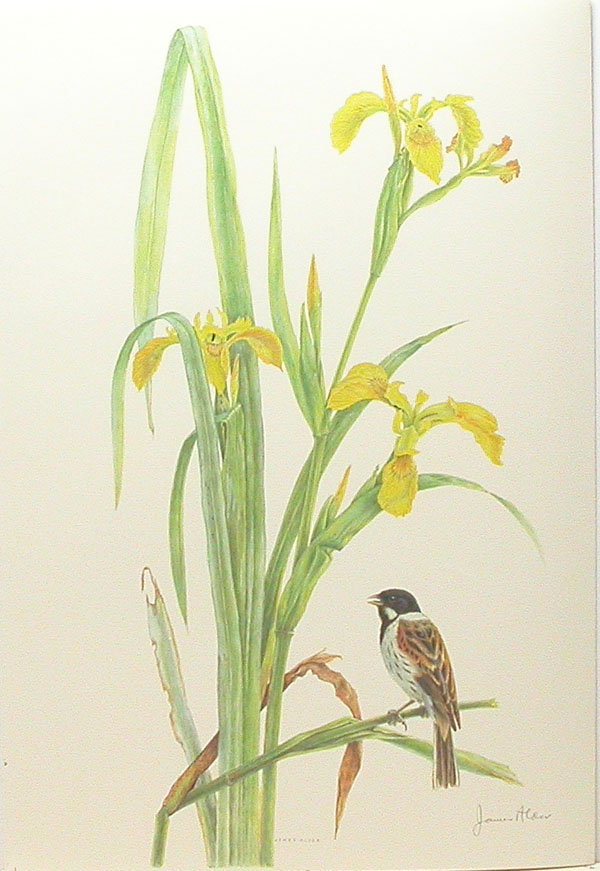 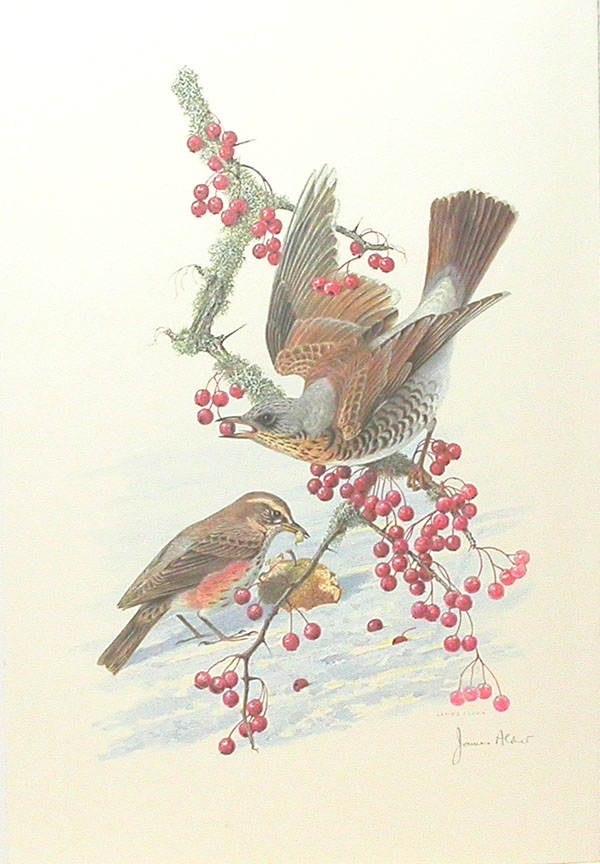 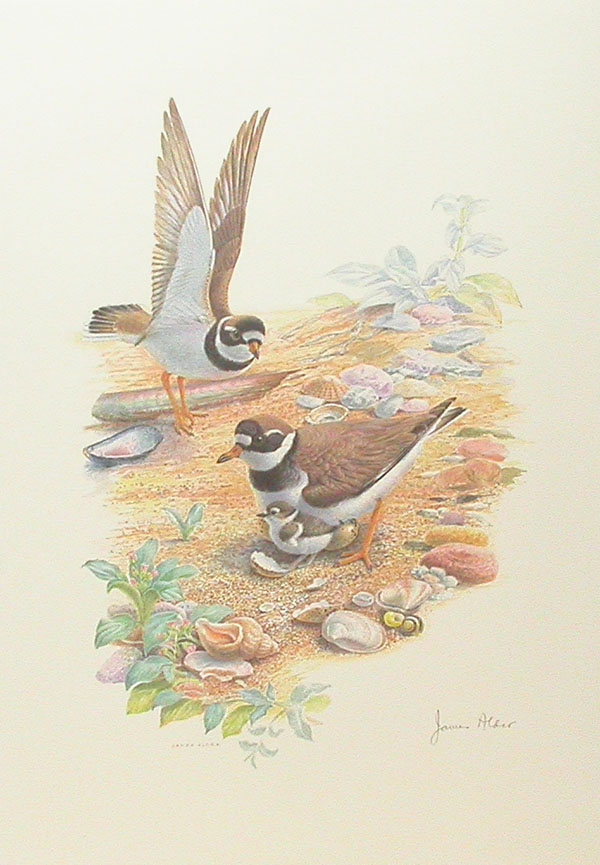 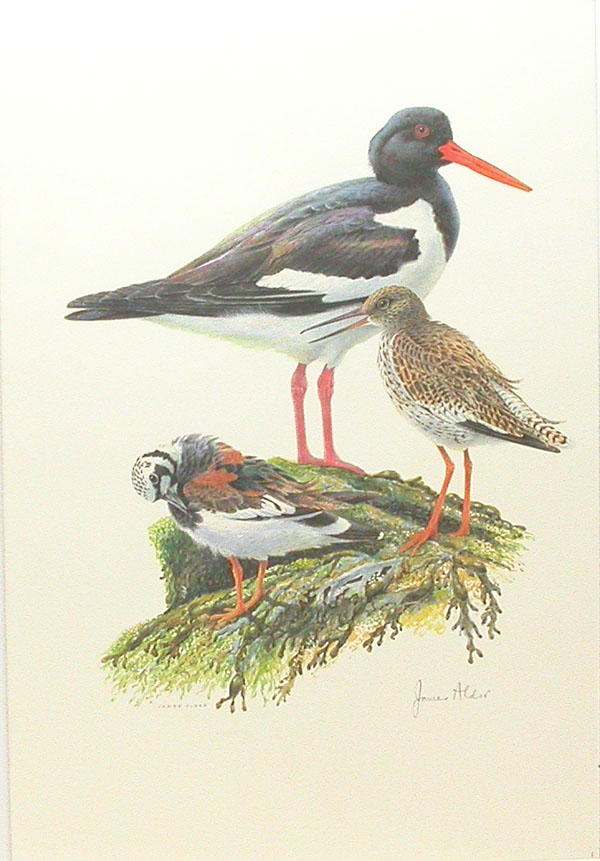 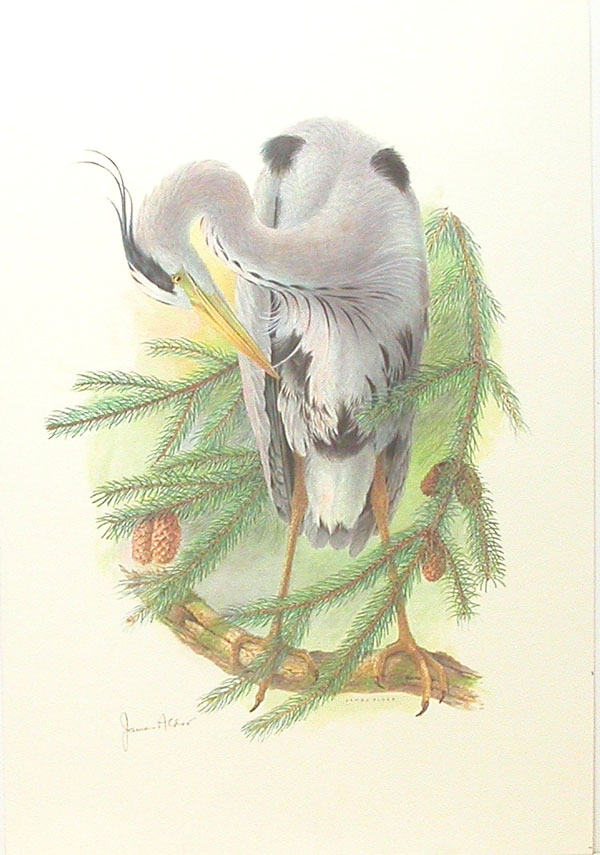 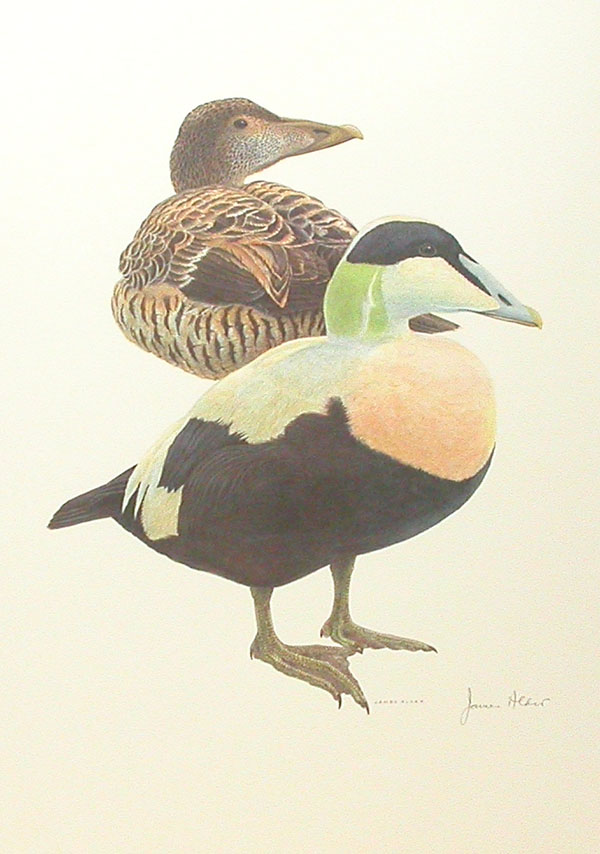 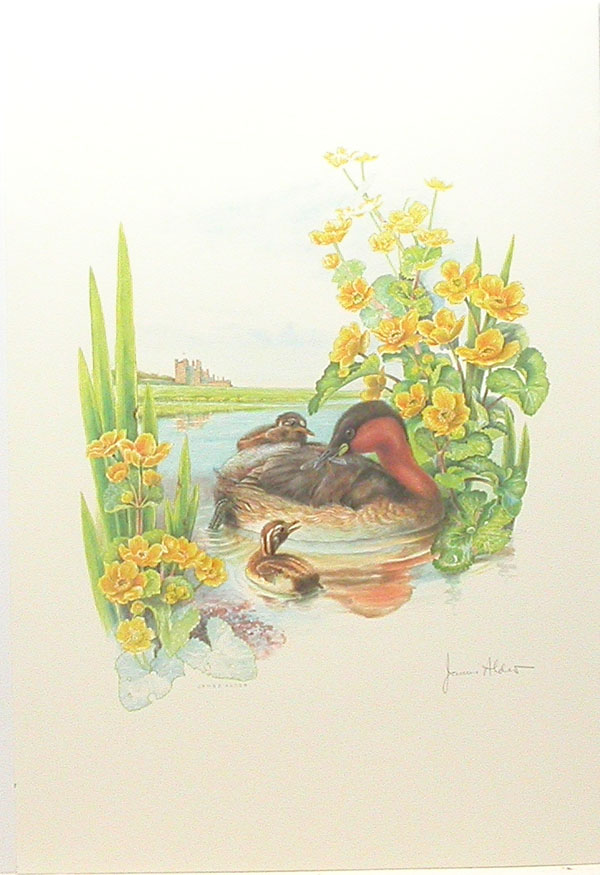 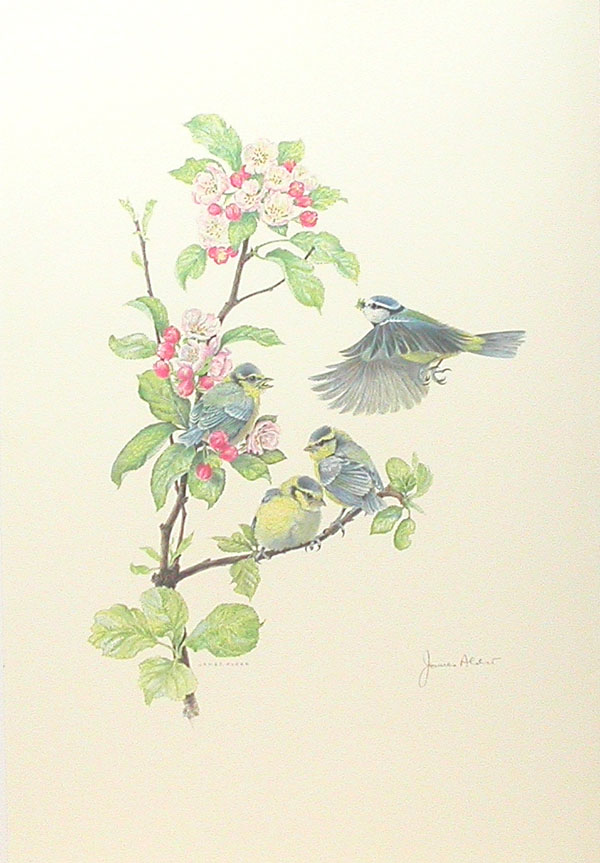